The Junior Golf "Dream" Has Arrived

Last Sunday was the Drive Chip & Putt Championship at Augusta National and it was the most important moment we've had in junior golf in a long time.

Leading up to it, I wasn't sure what to expect.  On one hand, the old version of DC&P never really got traction and I was suspicious of whether something like this would "grow the game" as the participants would already be part of the golfing population.  On the other hand, there was the "wow" factor of Augusta and the intrigue of an event for children as young as 7 that focused on specific skills as opposed to the ability to navigate a lengthy golf course.

It turns out that the event was spectacular and all the organizations behind it - Augusta National, the PGA of America and the USGA - deserve a standing ovation.  So does the Golf Channel for their masterful production job. 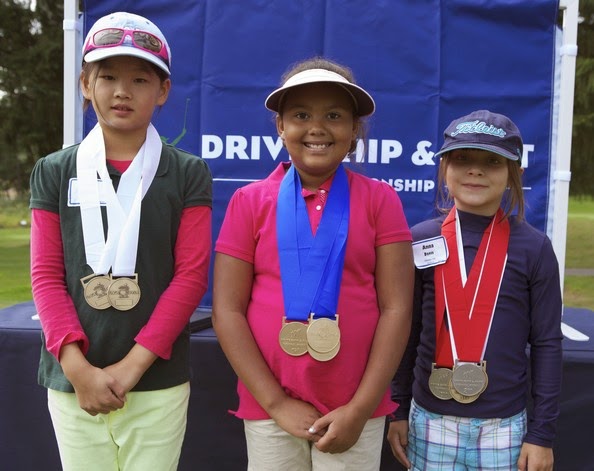 What struck me about DC&P during and after the championship was that its value is much bigger than the event itself.  It fills a void we've long struggled with in the world of junior golf.

The best companies and organizations in youth sports are masters at selling "the dream."  Children learn, practice and play in pursuit of the dream.  In baseball it's making the all star team.  In karate, it's the awesome prestige that comes with being a black belt.  In basketball and soccer, it's making the traveling club team. And so forth.

In golf, the "dream" starts with tournament play and ends on the PGA TOUR.

The challenge is that tournament play isn't available until the age of 12 for most tours.  Golf courses are too long and challenging for children younger than that to walk and play, especially the 10 and under crowd.  Golf doesn't have a dream for these players that is immediately achievable in the way that making an all star team or earning a black belt are.  And, we know that the time to capture a child into any activity is before the age of 10.

At TGA, we've replicated Karate and many other activities by having a multi-level program that culminates with a black level, but the "prestige" element of it is still a work in progress as prestige takes time to build. 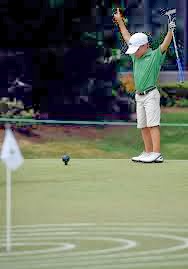 The true value of what DC&P accomplishes is that it gives the thousands of junior golf organizations and instructors this missing "dream" that we can sell to our young players.

We're already talking at TGA about how we can promote the upcoming DC&P qualifiers to our families and incorporate preparatory activities/events into our programming model.  Incidentally, two of Sunday's winners have ties to TGA as former students.  It's a very real thing to be able to tell our current students that if they practice hard now during our spring session programs, they'll be ready for the DC&P qualifiers in June/July and they could be on TV next year.  It's a goal that is available, viable, immediate and awesome.  That's the best kind of dream there is.  We're going to sell it at TGA and I think every other junior golf organization/instructor should as well.

Thank you to golf's governing bodies for the impressive accomplishment of creating a "dream" that is inclusive of all junior players and available to the entire industry.  It is exactly what the junior golf ecosystem needed.
Posted by Steve Tanner at 11:42 AM