Last Week Was A Great Week For Golf

The Waste Management Phoenix Open last week was, like always, an awesome tournament.  Making it so unique was the fact that even if Spencer Levin won easily with zero drama (as most predicted entering the final round), or if Kyle Stanley didn’t pull off an amazing turnaround following his Farmer’s Open collapse the week before (something that golfers, entrepreneurs and many others can learn from), it still would’ve been an awesome tournament.  Why?  Because the people who put it on – the “Thunderbirds” – focus on making it an all-around fun experience as opposed to just a golf spectator event.


There’s the famed 16th hole with its stadium seating, a seemingly simply concept considering all other major sports have 360 degree seating formats, but this is unique to this one hole.  This one tournament. 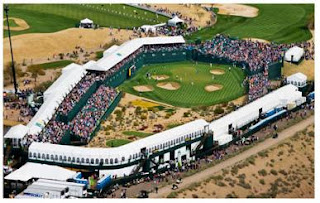 There’s the Bird’s Nest across the street where the likes of Will.I.Am and the Goo Goo Dolls performed in the evenings, with players like Rickie Fowler making stage appearances.  Again, unique to this one tournament. 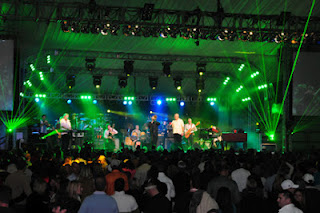 Simply put, the Waste Management Phoenix Open is one big party.  Which, not surprising for the golf industry, means that some folks don’t like it.  Last week I shook my head as I read tweets and comment threads on blogs/articles questioning whether this was good for golf.  “This” being the raucous crowds at 16, the drinking, the atmosphere.


I think there's no question that this tournament is good - make that GREAT - for golf.  Here’s why:


Attendance for the Saturday round alone was 173,210.  That’s a record for single day attendance of any golf tournament ever.  In history.  Consider this – event organizers for the Farmer’s Insurance Open the previous week at Torrey Pines (in the heart of San Diego) estimated attendance at 150,000 … for the entire week.


Overall attendance at the Waste Management Phoenix Open was over 500,000.  Compare this to last year’s U.S. Open at Congressional, where total weekly attendance was “nearly 230,000 people.”  And the field in Phoenix featured only two players in the Top 10 of the World Rankings, with the highest ranked golfer being Webb Simpson at #6.


My take is this – anything that brings people into golf and gets them excited about the game is good for the game.  It should be encouraged, embraced, studied and replicated.  The 16th sat 22,000 people and anyone who watched the tournament could see that the fans, players, caddies and everyone else loved it.  Who will forget Bubba Watson and Ben Crane reuniting as the Golf Boys?  Pure entertainment.


For the detractors, I encourage them to read about the Haimish Line because I think their view comes from the wrong side of it.


Last week, 500,000 people hung out on a golf course in Scottsdale – more than ever before in the history of the game – because it was a fun, social environment.  That's a valuable lesson for anyone in the golf industry looking to grow the game.
Posted by Steve Tanner at 9:59 AM